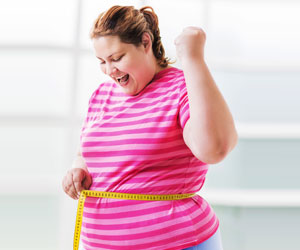 Despite equal rates of obesity among American men and women, 80% of surgical weight loss patients are women while only 20% are male.  Researchers at University of California in San Diego investigated the cultural, demographic, and socioeconomic reasons for such a large disparity between the sexes undergoing bariatric surgeries.

Researchers looked at data from nearly 200,000 surgical weight loss patients from 1998-2010, 93% of whom had gastric bypass surgery and 7% had gastric sleeve surgery.  Lap band patients were not included in this study.  Several factors identified for the disparity include surgery eligibility, insurance coverage, health awareness, age, and perception of body image.

The research indicated that a larger proportion of women had insurance coverage and were eligible for the surgery between 1999-2010.  With a larger percentage of women meeting weight loss surgery eligibility guidelines, it is logical to see a larger number of women having the surgery.

Race and income also seemed to play a role in the number differences.  Researchers found higher proportions of women seek the surgery than men in counties with lower median income.  This was also the case in specific ethnic groups, leading researchers to believe that cultural and racial differences may contribute to the gender disparity.

One finding was that women appeared to seek surgical solutions earlier in life, whereas men tended to wait until they were older and experiencing comorbidities, such as diabetes, high blood pressure, and sleep apnea.  Co-author Cristina Harnsberger, MD noted that as men reach their 70’s a larger percentage elected to have weight loss surgery and the gap between men and women narrowed to 30% men and 70% women.

Among the more potentially changeable reasons researchers found for the differences among the sexes was a skewed body perception among men.  Senior author Santiago Horgan, MD, pointed to a 2014 study by Kansas State University which showed among overweight and obese men and women, men were 72.8-94% satisfied with their health compared to 56.7-85% of women.  Despite both sexes being overweight or obese, men were more satisfied with their health than women.  Since men were more satisfied with their health, it likely hindered their desire to seek healthcare advice and surgical weight loss options.  Horgan said, “This is something we hope to change by educating men about the need to treat obesity earlier, so they don’t develop complications in the future.”  He added, “bariatric surgery contributes to improving medical conditions associated with obesity, such as diabetes, high blood pressure, high cholesterol, sleep apnea, and arthritis.  Men need to wake-up to the need to control their obesity.”

While it can be considered commendable that men are satisfied with their body image, it may be to their own detriment.  The obesity related complications they may experience, especially diabetes, sleep apnea, and high blood pressure and cholesterol, may be damaging their health and putting them at risk for further life threatening conditions.  Men may be better off seeking weight loss solutions, including bariatric surgery, earlier in order to prevent these complications rather than to treat them.

For men with a BMI over 35, Dr. Shillingford encourages you to consider your weight loss surgery options before you develop comorbidities.  If you or a loved one has a BMI over 35, we encourage you to schedule a free informational session with Dr. Shillingford by calling (561) 483-8840.  Dr. Shillingford, MD, is a board certified surgeon specializing in advanced laparoscopic and obesity surgery including gastric sleeve, gastric bypass, and adjustable lap band surgeries.  Dr. Shillingford’s patients come from all over Florida including Miami, Delray Beach, Wellington, and Boca Raton to work closely with his team health professionals and highly organized office staff.