Exercise Does Not Reduce Negative Effects of Prolonged Sitting, According to AHA 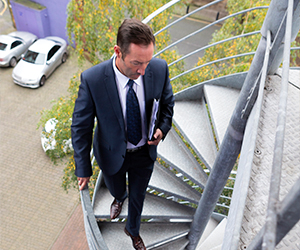 Sedentary behavior has jumped up in the ranks, but not in a good way. It is now thought to be the second leading risk factor for mortality behind smoking. It is estimated that prolonged sitting is responsible for 430,000 deaths in 54 countries around the world. In addition to mortality, prolonged sitting, lying down (not including sleep), watching TV, or using the computer is also linked to obesity, cardiovascular disease, and diabetes.

After being sedentary for 6-10 hours a day, a quick trip to the gym will help get us back on track, right? The American Heart Association thinks the answer is ‘no.’ According to a review of current research on sedentary behavior, the AHA found that prolonged sedentary behavior raised the risk of insulin sensitivity, diabetes, cardiovascular disease, and all-cause death. But what’s more is that they found these risks were not reduced by moderate to vigorous physical activity. The AHA clearly indicates that more research is needed to confirm these findings and establish any conclusive recommendations except to “sit less, move more.” The ADA reminds us that 30 minutes of moderate to vigorous physical activity a day is recommended. Interestingly, they also say that exercising in smaller amounts each day is better than trying to fit the same amount of exercise into fewer days, meaning exercising 15 minutes in the morning and 15 minutes in the afternoon is better than exercising for 1 hour every other day.

5 Ways to Squeeze More Activity into Your Day

The above is offered by Dr. Shillingford, M.D., P.A., a board certified surgeon specializing in advanced laparoscopic and obesity surgery. Dr. Shillingford is widely known in South Florida for his expertise in affordable gastric sleeve, gastric bypass, and adjustable lap band surgeries. While obesity surgery does reduce the size of the stomach and ideally reduce the amount of food consumed, exercise is still an important factor in overall health and weight loss. Dr. Shillingford encourages his gastric sleeve, gastric bypass, and gastric band patients to engage in physical activity after they have been cleared following their bariatric surgery.