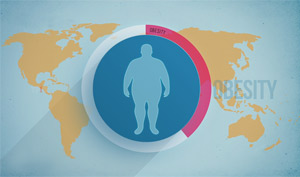 Obesity is a worldwide problem. The World Health Organization estimates that 13% of the word’s adults are obese. In America, that number is closer to 40%. 93 million Americans over 18 are obese. The problem is not just obesity, but the risk of other health conditions that often accompany obesity, like type 2 diabetes, metabolic syndrome, heart disease, stroke, and cancer.

You don’t have to be obese for the obesity epidemic to concern you. With 40% of adult Americans having obesity, chances are it affects someone in your family or your friends. Here are five things you should know about obesity:

If you are obese and have tried unsuccessfully to lose weight, you may be a candidate for gastric sleeve, gastric bypass, or lap band surgery. Dr. Shillingford, MD, PA is a board-certified surgeon specializing in advanced laparoscopic and obesity surgery. Dr. Shillingford performs hundreds of bariatric procedures each year including gastric sleeve, gastric bypass, lap band surgery, and revisional surgery. His weight loss surgery patients receive superior care at Northwest Medical Center’s Center of Excellence in Bariatric Surgery, where Dr. Shillingford proudly serves as Medical Director. Call Dr. Shillingford today at (561) 483-8840 to see if you are a candidate for bariatric surgery.