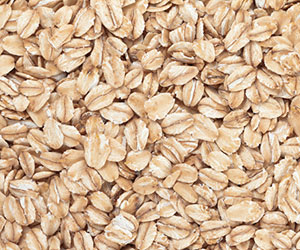 Oats are a whole grain, the kind of low glycemic index carbohydrate that gastric sleeve, gastric bypass, and lap band patients should eat instead of white flours. Despite the long history of oats, they’ve gotten quite confusing lately. Steel cut, rolled, whole oats, instant, Irish, quick, Scottish- it seems there’s an endless number of different kinds of oats. So, how do bariatric patients know which type of oat to select? We’ve sorted through the oats and will give you the skinny on which oats are best for gastric sleeve, gastric bypass, and lap band patients.

Steel Cut
Steel cut oats derive their name from the steel blades that cut them into 2 or 3 pieces giving the oat the appearance of chopped rice grains rather than the flake most people think of when they picture oats. These steel cut oats, also called Irish or Scottish oats, take about 20-30 minutes to cook and have a toothsome texture and a nutty flavor. Steel cut oats are usually made into a porridge or hot cereal.

Rolled Oats
Also known as old-fashioned or whole oats, rolled oats are flat, oval shaped discs. During processing, the whole oats are steamed to make them softer, then pressed to flatten them into the traditional picture of oats. Rolled oats take less time to cook than steel cut oats, absorb more water, and hold their shape during cooking. In addition to making a hot cereal out of rolled oats, they are also used in granola bars, muffins, cookies, and other baked goods.

Instant Oats
These are the most processed of the three types of oats. Instant oats are precooked, dried, then pressed thinner than rolled oats. They are also called quick oats for the exact reason that they cook quickly, but can cook up mushy. Often, these oats are found in packets which are laden in sugar.

Which oats are the best?
Due to the high levels of added sugar and other additives found in most instant oats, we can discount them as being the best for gastric sleeve, gastric bypass, and lap band patients (or nearly anyone). So, the battle continues between steel cut and rolled oats. But this competition is harder to judge. Because they are both made from the whole oat, they have nearly identical nutritional value- including calories, protein, fat, carbohydrates, fiber, iron, and calcium. The main difference is the level of processing, and for that, the steel cut oats win. But, rolled oats come in a close second, and since they need significantly less cooking time and can be used for more than just cereal, it’s almost close enough to call it even.

The above is offered by Dr. Shillingford, M.D., P.A., a board certified surgeon specializing in advanced laparoscopic and bariatric surgery. Dr. Shillingford’s gastric sleeve, lap band, and gastric bypass patients come to his Boca Raton office from both South Florida and Northern Florida, as well as Georgia, Texas, Michigan, Ohio, New York, New Jersey, and Hawaii. His weight loss surgery patients are often looking to explore new and different foods and for many patients steel cut and rolled oats are new foods. The key to enjoying steel cut or rolled oats as a healthy part of a bariatric surgery diet is not to add simple sugars. Instead, try walnuts, cinnamon, raisins, nutmeg, apples, or dates.