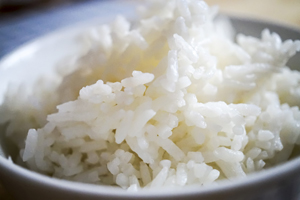 Rice is a staple of diets across the world. It is the most widely consumed staple food of a large percentage of world’s human population. It comes in many shapes and colors, from short and fat or long and thin, and white to brown to black. Rice is ubiquitous in worldwide cuisine: Chinese Fried Rice, Japanese sushi rolls, Thai Coconut curry, Indian Biryani, Greek stuffed grape leaves, Italian risotto, Caribbean rice and beans, Spain’s Arroz con Pollo and Paella, Jollof Rice from West Africa, Turkey’s Rice Pilaf, and Europe’s varying Stuffed Cabbage Rolls. Even in America, rice is eaten for breakfast, lunch, dinner, and dessert.

Similar to rice being ingrained in the world’s food supply, obesity is now a globally ingrained health condition plaguing the world’s population. According to the World Health Organization (WHO), worldwide obesity has more than doubled between 1980 and 2014, with 600 million people classified as obese in 2014. With so many people across the globe consuming the roughly 200 calories per cup of plain boiled white rice on a daily basis, consider what could be accomplished in regards to the world’s obesity epidemic if the calories in rice could be reduced. Researchers are trying to do just that.

In an effort to reduce the calories we consume and help combat obesity, scientists in Sri Lanka are researching how changing the cooking method of rice could slash the amount of carbohydrates our bodies absorb. “Because obesity is a growing health problem, especially in many developing countries, we wanted to find food-based solutions,” said team leader Sudhair A. James, of the College of Chemical Sciences in Colombo, Sri Lanka. “We discovered that increasing rice resistant starch (RS) concentrations was a novel way to approach the problem,” he added. By altering the cooking and cooling methods of rice, the researchers found that the levels of rice resistant starch increased 10 fold or more, meaning the starches (carbohydrates) in rice were made less digestible.

To do this, researchers simply added a teaspoon of coconut oil to boiling water before adding a half cup of rice and simmered for 40 minutes. The rice was then refrigerated for 12 hours. The scientists explained that the addition of the coconut oil changed the structure of some of the starch making it resistant to the actions of digestive enzymes. The cooling is essential as the soluble part of the starch leaves the rice granule during the gelatinization. “Cooling for 12 hours will lead to formation of hydrogen bonds between the amylose molecules outside the rice grains, which also turn it into a resistant starch.” They believe that converting the normally digestible starch into resistant starch, they may be able to slash the calories in rice by “about 50-60%” depending on the variety of rice used. Ultimately, it means fewer calories may get absorbed by the body, even if the rice is reheated. The scientists are continuing to work on this study, with the next steps being testing different varieties of rice, different oils, and trialing the rice on human subjects.

This study is an important step in the global war on obesity because researchers used a food commonly found in many households, and only altered the way the rice was cooked, making it a process that could potentially be done by anyone. Be on the look out for more information on their findings in the near future.

Dr. Shillingford, M.D. is a South Florida surgeon specializing in advanced laparoscopic and obesity surgeries. Many of his gastric sleeve, lap band, and gastric bypass patients are interested in ways to help lose weight before surgery and maintain their lower calorie diets after their gastric sleeve, gastric bypass, or lap band surgery. Dr. Shillingford’s staff are happy to share interesting food related news with our bariatric surgery patients and those seeking more information on sleeve gastrectomies, lap band, and Roux-en-Y bypass procedures.