Another Reason to Have Your Weight Loss Surgery in Florida

Another Reason to Have Your Weight Loss Surgery in Florida
Tags: BocaRaton, sunnyFlorida, vitaminD, WLS| Posted on: 02 November, 2017 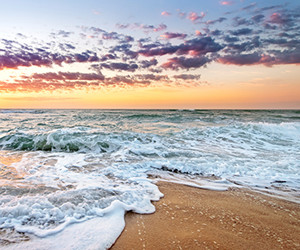 If you were looking for another reason to have your weight loss surgery in Florida, we’ve got it! A newly published study out of Johns Hopkins sheds some light on the effect of season and sunshine on the recovery of those who have had bariatric surgery. The surprising results may leave you thankful you live in or visit Florida.

Vitamin D plays some important roles in the body including maintaining bone health, aiding in immune function, and supporting lung and heart health. While vitamin D can be obtained from foods such as milk, yogurt, and fish, it is often obtained from sunshine. Vitamin D is known as the ‘sunshine vitamin’ as exposure to the sun’s ultraviolet rays triggers vitamin D synthesis in the skin. Therefore, in areas of the country where there is less sunshine, people tend to produce less vitamin D. Low levels of vitamin D have been linked to health problems, which prompted research into the effects of vitamin D on bariatric surgery patients.

Researchers from Johns Hopkins reviewed over 930,000 medical records of patients who underwent bariatric surgery in the United States between 2001 and 2010. Overall, they found that the risk of serious infections was low at 1%. A more common negative outcome was spending additional days in the hospital, which happened to over one third of patients. Out of the over 300,000 patients with an extended hospital stay, 71% of them were from areas of the country north of 37 degrees latitude, or roughly South Carolina. Additionally, researchers noted that more serious complications (nonhealing wounds, wound separation, delayed healing, and wound infections) were clustered in colder months. While the rate of these complications was overall very small, they did observe twice the number, 0.17%, were seen in the winter compared to 0.07% in the summer.

While this observational study has its limitations, it certainly gives us another reason to be thankful that we live in sunny Florida. Dr. Shillingford’s advanced laparoscopic and obesity surgery office is located in Boca Raton, Florida where the average wintertime temperature is over 75 degrees. His gastric sleeve, gastric bypass, and adjustable lap band patients frequently come from other South Florida locations, such as Miami, Fort Lauderdale, Wellington, and Delray Beach. Although, Dr. Shillingford does see many patients coming from other areas of Florida, including Jacksonville and Orlando, as well as other parts of the country, including Georgia, the midwest, and New York.